The Planets All Shone by Nora Fleischer (Amazon, Goodreads)

It would seem, my literary foodies, that the main answer to genre fatigue I see in the modern menus of the world is genre fusion. Mixing the ingredients of multiple genres can be fun and flavorful, but it can also be boring and nasty. In today’s recipe, we’ll see how well our chef tosses together romance, science-fiction, and contemporary thrillers. Which will The Planets All Shone be, tasty or tasteless?

Before we cut to the heart of the matter, let’s recite the Starving Review creed:

END_OF_DOCUMENT_TOKEN_TO_BE_REPLACED

Today, we finish up (probably) a series of articles and podcasts in relation to my next book, The Songstress Murders, available for pre-order now!  Our topic of the moment is exposition, various types of that, and how it relates to genre fiction and world-building!

We’re mostly back on track today with another The World Of … article, this time talking about my soon-to-be-available first book in The Inspector Redmane Mysteries, The Songstress Murders!  Initially intended to talk about world-building in genre fiction, my crushing fatigue leads me to ramble about themes, the origins of the story, and all sorts of things, but it does get to that pesky world-building thing quite a bit.  Enjoy! 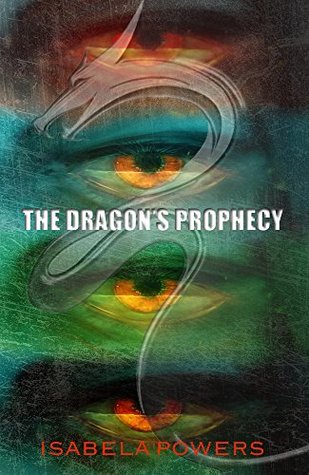 Happy New Year, my foodies!  A new year brings new hopes and plenty of fresh new recipes to sample here in the Starving Review kitchens.  We’re going to try to start things off on a high note with a serving of high fantasy from a first-time chef.  Will this Dragon’s Prophecy fortell fine dining or rifling through a restaurant dumpster?

Before we find out, let’s place our hands over our hearts to recite the Starving Review creed:

END_OF_DOCUMENT_TOKEN_TO_BE_REPLACED

A Sword Into Darkness by Thomas A. Mays (Amazon, Goodreads)

I have to be honest, my foodies, in that I haven’t had a good dining experience at the military sci-fi table. Until now, I had thought this was just a genre of cuisine that would eternally curdle my stomach. So when I had another such dish get served up out of the pantry, I was hesitant to even crack the serving dome. Still, hope springs eternal in this diner’s heart, so I bravely dove into A Sword Into Darkness. Would this be the dish that broke through to me about this genre or would this spaceship crash and burn?

Before we find out, let us recite the rules of Starving Reviewing:

END_OF_DOCUMENT_TOKEN_TO_BE_REPLACED 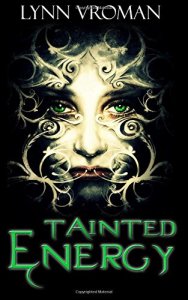 Ah paranormal romance!  It’s a meal plan that should allow for a wide range of cuisines, story combinations that can plumb the darkest depths and brightest lights of the imagination.  However, like many popular genres, so many chefs fall into tried-and-true recipes, digging a creative rut in the road so deep that it seems inescapable.  Does Tainted Energy, with its promise of reincarnation and alien worlds, break out of the rut?

END_OF_DOCUMENT_TOKEN_TO_BE_REPLACED

Genres, tropes, and archetypes form the building blocks of fiction, something that’s very hard, if impossible, to dispute.  We use these things as guidelines and molds because that resonate with our culture, our history, and our life experiences.  However, that doesn’t mean these things are perfect.  Often they are far from it.  Couple that with the march of progress and the changes our culture undergoes at a progressively faster speed, you can be left with a sense that these tried-and-true story bricks can crumble with age.  There are some things you can do about that though, namely deconstruction and reconstruction.

END_OF_DOCUMENT_TOKEN_TO_BE_REPLACED

It is a common shortcut in writing genre fiction to make nonhuman characters look different, sure, but to be close, if not identical, to human in many of the intangible points.  Emotions, thought processes, and other mental/spiritual/emotional aspects tend to hew close to the human spectrum.  Oh, there may be minor differences, little quibbles here and there, with the occasional notable quirk, but the tendency of many writers is to stay close to the human experience.

In and of itself, this tendency isn’t necessarily bad and it’s certainly not a deal-breaker to me as a reader.  Knowing that the aliens in a piece are perhaps not so alien after all can give nonhuman characters a certain built-in level of relatability, not to mention such situations can offer the author a chance to explore a number of real-world social concerns, such as prejudice and racism, in a fantasy or science-fiction setting.  On top of that, we do tend to write best the things we understand most and most of us are far more familiar with humans than, say, the starfish people of Cyngus XII.

Still, there’s also a point to be made for taking the plunge, to make the effort to make the aliens or fantastical races in a book truly unique species.  The concept of cultural differences isn’t hard for most of us to deal with it as it runs along the lines of something familiar to us (the same political and social differences of different cultures here on Earth), but pushing deeper into trying to create a truly ‘alien’ outlook on the world is something quite hard to accomplish.  It’s one thing to take the human template and tweak it in one direction or another, but to try to wrap your head creatively around something completely different than the human psyche, that’s quite another.

When it is done well, however, it adds incredible depth and an added degree of immersion into the fictional world the author is creating.  Aliens being truly alien represent another mystery for your readers to unlock, and it simply makes more sense to them that something so far removed from our species should have real and possibly quite stark differences in how they think, feel, and react.  The problem lies in the fact that, when done poorly, it can simply be confusing and a waste of authorial time and energy.

Think about it: such a feat does basically add another extensive plot to your book, that being the introduction and exploration of this alien race or races.  Whether you want that or not, you have it, simply because you must explore this race in your book or else your readers will not have a point of reference or relatability with the alien characters you introduce.  Also, there’s the pitfall of introducing something alien, yes, but also uninteresting, at least in a dramatic sense.  If the alieness of a species is going to be part of the plot, it would be wise to weld that exploration of the race deeply into it.  After all, you have to spend the time to establish the race to your human readers!  You might as well spend that time wisely and integrate it into the larger plot, right?

If you’re a genre writer whose next work incorporates nonhuman species, take a moment to consider just how different from humanity they are and whether that level of difference works for your purposes and for your book.  Many approaches are valid, from ‘like us with a different skin color’ to ‘unfathomable cosmic entity’, so you have to tailor your approach to the alien with the needs of your works and the desires of your readers.

Got a thought, question, or input?  Drop a line in the comments below!

Until next time, good reading, good writing, and good luck!

Some literary foods are full meals, heaping quantities to be ingested and enjoyed at a table over a course of time.  Others, however, are tender morsels, snacks meant to be gulped down quickly in this fast ‘on-the-go’ world we live in.  Terror Beyond Measure is one of those snacks.  Does its small size mean it lacks flavor or is it a taste-filled delight in a minute package?

Before I answer that, let us remember the Starving Review creed:

END_OF_DOCUMENT_TOKEN_TO_BE_REPLACED 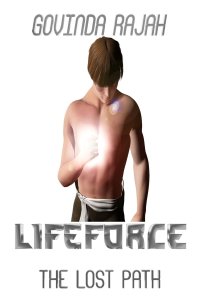 All literary cuisine represents a work of passion from their authors.  Often this passion leads to excellence in the wordsmithing kitchen or, at the least, allows the reader to overlook most minor oversights for love of the story, both their own and the love cooked into it by the authors themselves.  However, sometimes, despite that passion, a literary meal can arrive on the reader’s plate half-cooked and no amount of love can overcome a meal in such a condition.  You can never argue that Mr. Rajah is not passionate about his book and its subjects but does that passion lead to success?

Before we answer that question, let’s put our hands over our hearts and recite the Starving Review pledge:

END_OF_DOCUMENT_TOKEN_TO_BE_REPLACED

J. B. Garner – Musings of a Starving Author
Create a free website or blog at WordPress.com.